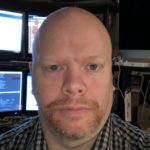 Jason has worked in computers and gaming his entire adult life (and then some).  He cut his teeth on BBS games in the late ’80s and early ’90s.  He discovered a love for MUSH coding (and later hosting) in 1995, on a series of Transformers and World of Darkness MUSH games.  He founded WyldWare in 1996 and has been hosting MU* games ever since.